Rhapsody of Realities for 10th April 2022

SCRIPTURE: Wherefore seeing we also are compassed about with so great a cloud of witnesses, let us lay aside every weight, and the sin which doth so easily beset us, and let us run with patience the race that is set before us (Hebrews 12:1).

It’s important to know and understand the symbolic significance of “clouds” as revealed in Scripture. Human beings are referred to as clouds in the same way that they’re referred to as trees. For example, Isaiah 61:3 helps us to see the parallel between humans and trees. We’re referred to as the trees of righteousness, the planting of the Lord that He might be glorified.

In another instance, the Bible says, “And he shall be like a tree planted by the rivers of water…” (Psalm 1:3). Think about that. In the same way, we’re also referred to as a “cloud.” When Jesus died on the Cross and descended into hell, he brought the Old Testament saints who were waiting for Him in the heavenlies out of hades. They came out of their graves after His resurrection and some of them actually appeared to many in the holy city. Acts 1:9 says, “And when he had spoken these things, while they beheld, he was taken up; and a cloud received him out of their sight.”

Observe that Luke, by the inspiration of the Spirit, tells us, “…a cloud received him out of their sight.” Here, Luke wasn’t talking about that visible mass of condensed water vapour floating in the atmosphere. He was referring to what we read in our opening verse: “Wherefore seeing we also are compassed about with so great a cloud of witnesses, let us lay aside every weight, and the sin which doth so easily beset us, and let us run with patience the race that is set before us” (Hebrews 12:1).

This huge cloud (crowd) of witnesses to the life of faith are those that the Bible talked about in Hebrews 11. These are men and women who through their faith performed great feats for the Kingdom of God (Hebrews 11:32-33). These witnesses of faith subdued kingdoms and did supernatural things in their time; they ruled their world. They wrought righteousness; meaning when others conformed to error, they stood their grounds for the truth and prevailed. We sometimes refer to these as those in the “Faith Hall of Fame.” Indeed, they’re a cloud of witnesses, of people, and everyone with his own glory. Hallelujah!

Rhapsody of Realities for 10th April 2022 CONFESSION
I’m a tree of righteousness, planted by the Lord; I’m a water-carrying cloud, expressing the righteousness of the Lord and communicating His salvation everywhere and to every man. Hallelujah! 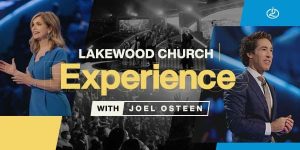 Joseph Prince 5 April 2022 Devotional | When God Can Use You