Joel and Victoria Osteen will share an inspirational message of hope along with prayer, and worship from the Lakewood Worship team. You can also watch here: live.lakewoodchurch.com

We all have promises from God that we’re standing on as well as dreams we’re hoping will come to pass. It’s easy to believe at first, but what happens when nothing is improving, we have setbacks, the door doesn’t open, our health doesn’t get better? That’s a test. Before the promise comes to pass, you have to go from “I believe” to “I still believe.” To still believe means you’re not moved by what’s not changing in your health, by the setback from the pandemic, by the child who is off course. You know that God is still ordering your steps. What He promised is on the way. When you’re tempted to get discouraged, just switch over from “I believe” to “I still believe.”

God is looking for “I still believe” people such as Abraham. God gave Abraham the promise of a son when he was seventy-five years old. Even though both he and Sarah were too old to have a child, faith rose in Abraham’s heart. Twenty-five long years went by during which he had plenty of reasons to give up on the promise, but the Scripture says, “In hope against hope Abraham believed” with an unwavering faith (Romans 4:18, 20). He went from “I believe” to “I still believe.” He had a made-up mind, and when he was one hundred years old, he and Sarah had their son.

A friend of mine knew that God put a dream in his heart to start a business. He came up with an impressive business plan, but after his bank loan officers studied his plan, they turned him down. He was disappointed, but he went to another bank. Same rejection. And another and another. He could have been discouraged and given up, but with every rejection his attitude was, “They said no, but I know God says yes. I still believe.” Thirty-one banks told him to give up on his dream, but bank number thirty-two said, “This looks like a great idea.” They gave him the loan. Today, his business has grown beyond his wildest dreams.

Maybe you believed God’s promise but nothing’s changing, no doors have opened, you’ve been told no over and over. All the facts say it’s impossible. Thoughts tell you, “It’s too late. There’s no way. Let it go.” That’s all a part of the process. God didn’t give you the dream and not have a way to bring it to pass.

He’s already taken into account all the setbacks, the delays, the betrayals, the closed doors. He’s watching to see if you still believe. Keep believing, keep praising, keep thanking God that it’s on the way. He just needs you to have some “I still believe” faith. 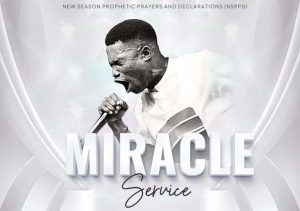