INSIGHT: Genesis records two times when Jacob met God: first in a dream in Bethel when he was fleeing from Esau (28:10–22) and later as he was preparing to meet Esau (32:22–32). After Jacob wrestled with God, he said, “I saw God face to face” (v. 30). He uses a similar phrase after he met Esau: “To see your face is like seeing the face of God” (33:10), thereby connecting the two events. The NIV Zondervan Study Bible says that “Esau’s actions resemble God’s. Esau treats Jacob in a way that Jacob does not deserve.”

We called ourselves “sisters in Christ,” but my White friend and I had begun to act like enemies. Over a café breakfast one morning, we argued unkindly over our differing racial views. Then we parted, with me vowing not to see her again. One year later, however, we were hired by the same ministry—working in the same department, unable not to reconnect. Awkwardly at first, we talked over conflicts. Then, over time, God helped us to apologize to each other and to heal and to give the ministry our best.

God also healed the bitter division between Esau and his twin brother, Jacob, and blessed both their lives. A onetime schemer, Jacob had robbed Esau of their father’s blessing. But twenty years later, God called Jacob to return to their homeland. So, Jacob sent ahead bountiful gifts to appease Esau. “But Esau ran to meet Jacob and embraced him; he threw his arms around his neck and kissed him. And they wept” (Genesis 33:4).

Their reunion stands as a classic example of God’s urging to settle anger with a brother or sister before offering our gifts—talents or treasures—to Him (Matthew 5:23–24). Instead, “first go and be reconciled to them; then come and offer your gift” (v. 24). Jacob obeyed God by reconciling with Esau, and later setting up an altar to God (Genesis 33:20). What a beautiful order: First, strive for forgiveness and reconciliation. Then, at His altar, He receives us.

Reflect & Pray
Against whom do you hold a grudge or grievance? What steps can you take to reconcile?

Dear God, when I hold onto hard feelings against another believer, inspire me on the way to Your altar to first forgive.

Our Daily Bread Today 7 August 2021 Devotional Message. Our Daily Bread Ministries  (ODB) is a Christian organization founded by Dr. Martin De Haan in 1938. It is based in Grand Rapids, Michigan, with over 600 employees. It produces several devotional publications, including Our Daily Bread. 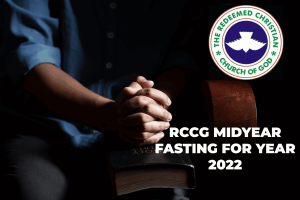