Joel and Victoria Osteen will share an inspirational message of hope along with prayer, and worship from the Lakewood Worship team. 🛎Subscribe & turn on notifications now to the #LakewoodChurch channel for messages of hope, encouragement, and inspiration:


God is bigger than anything you are facing! The reason you have big challenges is because you have a big future!

Joel is here with a message to equip and empower your faith!

Thank you for being part of our Lakewood family.
We love you so much!
See you soon!

“All Scripture is God-breathed and is useful for teaching, rebuking, correcting and training in righteousness, so that the servant of God may be thoroughly equipped for every good work.”
(2 Timothy 3:16-17, NIV)

In 2003, Lakewood Church acquired the Compaq Center, former home of the NBA’s Houston Rockets. The next 18 months were spent renovating the arena, and on July 15, 2005, the first of seven weekly worship services was held in the new 16,000-seat auditorium. That first week, Lakewood added over 10,000 new members, and within a year became one of the most popular out-of-town visitor destinations in Houston. Over the next few years, Lakewood continued its growth and currently draws more than 45,000 weekly attendees.
Reaching a New Generation with a Message of Hope
From his earliest memory, Joel Osteen sat at the knee of a father whose entire life was focused on reaching those in need. While John Osteen was a successful pastor, Joel’s first experiences were in the areas of media and business, where he quickly established an international reputation. Turning to media, Joel became a successful television producer, creating the John Osteen television program and developing it into a global outreach. The capstone on his media career was building KTBU-TV55 into a premiere independent television station for the Houston market. 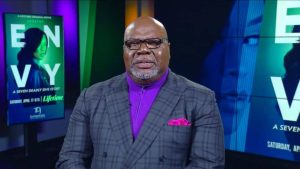